If you’re looking at opening an offshore business, choosing where to incorporate it is a huge and important decision.

The British Virgin Islands are one of the most popular places to create an IBC or international business company.

This is because it’s well-known as being a tax haven.

There are no corporate taxes in BVI.

There are, however, a few negatives that you need to look at before you commit to creating a business in the British Virgin Islands.

They could very well lead you to change your mind.

Back in the day, the British Virgin Islands was the wild west of off-shore entities.

There were almost no rules and with no corporate taxes, it was the ultimate hot spot for new businesses.

Just recently, BVI was added to the Organisation for Economic Cooperation and Development, or OECD, white list.

This helps its reputation after past scandals.

You can no longer offer gambling, betting, or casino services and you also can’t offer third-party financial services like banking, investment, insurance, or trust services.

It can only be direct.

Even though this helps the reputation of BVI, it means that now BVI has to follow the same standards as the OECD.

There are certain requirements that each entity has to meet in order to comply with the new regulations.

Every year the entity will have to be checked to see if it still meets the requirements and, if not, the entity will face fines, sanctions, and the possibility of liquidation.

Another result of the economic substance laws under the Act is that all of the processes in BVI have been formalized, meaning that it’s no longer a simple process to create an IBC in BVI. Previously, there weren’t so many rules and regulations.

Now there’s a lot of red tape to go through.

If the business that’s being registered is in the category of trust management, insurance, investment advice, or banking, then the entity has to get a license from the Financial Services Commission.

Getting a license requires backup checks and business plans and can take about four to six weeks to get approval on.

Additionally, the business will need to open a bank account in the British Virgin Islands, which means all of the necessary documents will have to be organized and put together.

A rather long time to simply open an account.

There is also the matter of work permits.

It takes seven to ten weeks to get a work permit from the Labour Department in BVI.

As you can see, getting fully set up and having staff in the British Virgin Islands, it’s going to take a significant amount of time.

Some might decide to look at other options that aren’t so arduous and complicated to make things easier.

While the British Virgin Islands are known as being a tax haven with amazing weather and beaches, there have been some stains on their reputation over the years.

For example, the many Shell companies that are in BVI have been repeatedly a part of global crime and fraud schemes.

Unfortunately, these problems are ongoing.

The most recent case saw about $40 million in funds for COVID-19 relief siphoned off to political allies rather than going to the people and businesses that needed it.

In another case, $250 million worth of cocaine was found in a local policeman’s home.

This kind of corruption is hard to ignore when you’re looking at creating a reputable business.

It’s understandable to look at the cases and say that the entity you’re creating will not be a part of any schemes, so your business’s reputation will be fine.

However, when you’re bringing on new clients who are educated or simply have read recent international financial news, they will have seen all of the negative press regarding finance in the British Virgin Islands.

You could lose business deals for choosing to create your company in BVI.

The last, but certainly not least, on to setting up your IBC in the British Virgin Islands is that it’s costly.

Along with all the bureaucratic red tape comes fees associated with each license and permit.

For a high-quality and reputable service provider, you’re looking at paying between $1,500-$3,000 to get incorporated.

Then, on top of the fees associated with starting the entity, you’re going to pay between $800 and $1,500 in annual renewal fees.

If you set up an IBC in the British Virgin Islands, you might want to have an account elsewhere that’s associated with it rather than just the one in BVI.

Because of all of the issues with reputation, it’s hard to get a bank account for a company registered in BVI.

Many banks will reject your application outright saying they won’t do business with a company in BVI.

Opening a business in the British Virgin Islands is not the same as it once was, but navigating your business in certain ways can make it still a better choice than many continental registration alternatives.

Pairing your BVI business up with a global multicurrency business account could definitely soften the blow of the recent BVI policy changes if you’re already registered there as well.

Register with Air Corporate today and get access to a multi-currency business account located in Hong Kong, but for BVI registered companies 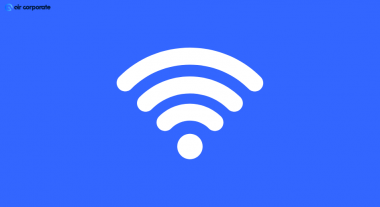 Remote businesses have been thriving long before the start of working from home due to the pandemic. The reason behind their popularity is that they allow business owners to have a better work-life balance, cut their operational costs, generate more profit, and most importantly, allow them to work comfortably in their own environment. If you […] 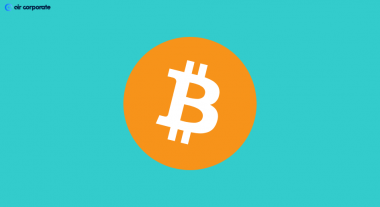 How to Legally Deal With Cryptocurrency in Hong Kong 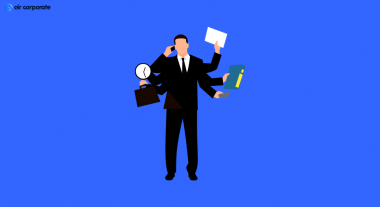 The Duties and Responsibilities of a Company Director

The position of a director within a company is possibly one of the most vital administrative roles of the business. Your company director’s performance will have a direct effect on how efficiently the business is run. It’s incredibly important as an owner to ensure that your company director shares the same vision and work ethics […]