A Special Purpose Vehicle also known as an ‘SPV’ or ‘SPE’ (Special Purpose Entity) is a subsidiary established by a parent company often created in furtherance of isolating financial risk.

To put it simply, an SPV acts as a separate company with its own assets, liabilities, and legal status.

This is why SPV’s are oftentimes also referred to as ‘bankruptcy-remote entities’.

However, rest assured, isolating financial risk is not all SPV’s do.

Here are some more functions SPV’s are used for:

Benefits and Risks of SPV’s?

Although until now, SPV’s might seem too good to be true, there are some downfalls too.

Here is a list of the pros and cons of SPV’s:

Many bigger corporations have implemented an SPV into their own companies in the hope to secure their own financial assets.

The purpose of this is that by dividing their assets among subsidiaries they have succeeded in sharing the company’s risk and therefore taken off pressure from the big corporation if in any case, it was likely to go under administration.

Why set up an SPV in Hong kong?

1. Hong Kong is the hotspot of finance

Hong Kong being a Special Administrative Region (SAR) has always been viewed as a rapidly-developing city, and this year more than ever we are seeing significant increases in HK’s already-booming economic rates.

So what better than to be a part of its economic success, and set up an SPV in HK!

Furthermore, being in close proximity with China also helps Hong Kong become a key financial hub in Asia, becoming especially beneficial if you are looking to do deals with Chinese investors, or trying to penetrate the Chinese market.

Secondly, if you are looking to enter the Chinese market, holding an SPV in Hong Kong could be a way to do it.

For instance, if a French company owns an SPV in Hong Kong, in turn, the Hong Kong SPV will own China-based assets being a WFOE (Wholly Foreign-Owned Enterprise).

Thus it will be regarded as a HK company and due to its also close geographical location with China it will be easier to partner or link with Chinese firms and investors.

Hong Kong is also famous for its favorable corporate tax rates, as well as for its strategic taxation laws.

Most notably for companies in Hong Kong a treaty called the ‘double tax agreement’ was formed between Mainland China and Hong Kong to help withhold taxes on dividends as well as help prevent double tax and tax evasion.

In turn, allowing companies to achieve a higher profit and revenue.

Additionally, as previously mentioned Hong Kong holds low personal and corporate tax, as there is no capital gains tax, no value-added tax or sale tax, and no withholding tax on dividends or taxation on going to public welfare benefits.

Hence, why Hong Kong remains one of the countries with the lowest tax rates in the world when compared to other countries, which is also reflected by their equally correlating fastly growing corporate world.

Here are a few requirements from the Hong Kong Government if you are looking to set up an SPV in Hong Kong:

Naturally, deciding to set up an SPV will be a very complex decision to make, and should be evaluated carefully and thoroughly in the best way possible to see whether or not it will benefit your business.

However, it has become apparent over the years that SPV’s have become a major development towards securing big corporation assets, and what better way than to set up an SPV in Hong Kong which aligns with promising tax legislation for your company to achieve its greatest heights yet.

Are you looking to open your own SPV in Hong Kong?

Register your business with Air Corporate today and get approved in under 48 hours!

Cryptocurrency is a digital currency secured by cryptography which makes it almost impossible to counterfeit. They are decentralized networks based on blockchain technology which is a distributed ledger enforced by a separate network of computers. What sets cryptocurrency apart from the traditional currency is that it is virtual and that it is not issued by […] 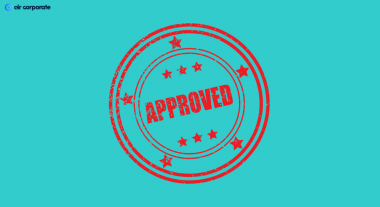 The first thing we need to understand before digging deep into the Money Service Operation license (MSO) is the general money service in Hong Kong. In Hong Kong, the system of money service incorporates a money-changing service and remittance service. The money-changing service creates an exchange of currency systems that run as businesses in Hong […] 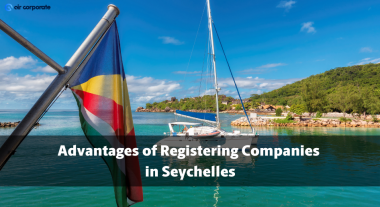 Advantages to Registering a Company in Seychelles

Seychelles is a cluster of islands northeast of Madagascar in the Indian Ocean that is rapidly becoming one of the financial hubs of Africa. Its economy has grown by leaps and bounds in the last twenty years, and it seems well-positioned to continue to do so. Part of that growth is a result of conscious […]